As the season turns to friends and family, we would like to extend to you our warmest wishes for a very Merry Christmas and a fruitful New Year. We would also like to take this opportunity to welcome new friends to the Amalie Robert Estate FLOG. 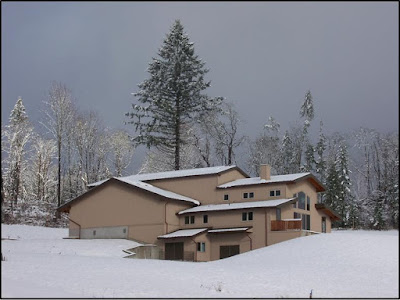 The 5th of the month and the repeal of Prohibition!

January through March is a write-off. We are just too busy working to be bothered. However, for some the 5th of the month is payday. 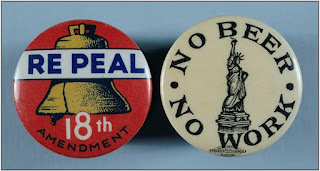 April 5th is a day we wake up and realize the government is about to get more of our money than ever before. However, we owe ourselves about $23.1 trillion (up from about $21.8 trillion last year), that's just about $69,923 (up from about $66,242 last year) per person living in the United States, and $186,948 per taxpayer. Hmmm, back to work. You can check our progress from time to time right here.

As you well know, the holiday Cinco De Mayo is a celebration on the 5th day of the 5th month. The purpose of which is to celebrate the victory by the Mexican Army over the French Army in the Battle of Puebla on May 5, 1862. Of course, and as always, there is more to the story. Here is a link with more details.

We transition right to June 5th. This date is very significant to Ernie, as it is Dena’s birthday! As many of you know, Dena’s middle name is Amalie and is the palate defining Amalie’s Cuvée. 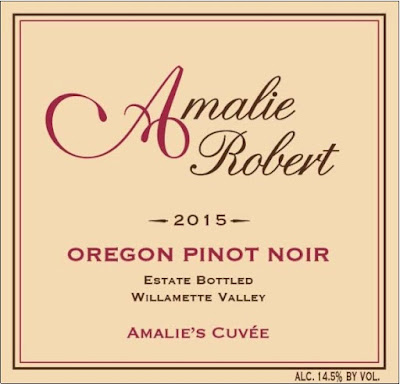 July 5th is the day we would have declared our Independence, however as Americans, we just couldn’t wait. Somewhat like opening a gift, or maybe two, on Christmas Eve.

August 4th, 2011, again we couldn’t wait, is the first time the US debt exceeded 100% of our Gross Domestic Product - GDP (Gosh Darn Politicians). 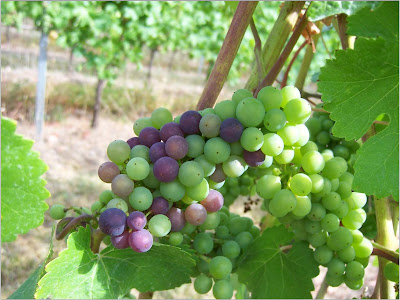 September 5th is significant to all children and especially their parents. It usually is about the time the children are going back to school.

October 5th usually finds us in the middle of harvest. Due to the protracted nature of harvesting and fermenting Chardonnay, Pinot Meunier, Pinot Noir, Syrah, Viognier and now that little rascal Gewürztraminer, Ernie has dubbed the 10th and 11th months to be “Octo-vem-BIER.” 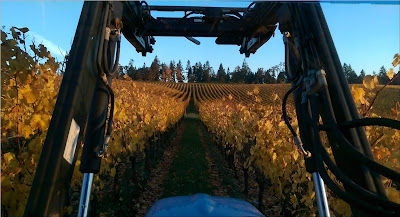 On December 5th we find ourselves at the end of the calendar. 2019 marks the 86th year of the repeal of the social engineering experiment known as Prohibition. 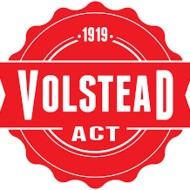 This is an excerpt of section 1 of the 18th amendment:

During the following 13 years, the people of the United States bore witness to the effects of Prohibition. Further, they were able to compare the politicians’ promises and pontifications to the experiences in their own daily lives - aka The Real World. This phenomenon has persisted in each and every congress since and can lead to the malady known as cognitive dissonance. Ernie calls it “Negotiated Reality”.

It was in 1929 that a curious little product was invented and granted trademark protection. Ernie may be deviating from his factual discourse here, but perhaps this product was used in reference to the politicians of the day who could not tell the difference between a good idea and Prohibition. Sometimes it is hard to tell fact from fiction, sometimes not. The product was a shoe wax called Shinola. Now they make watches. 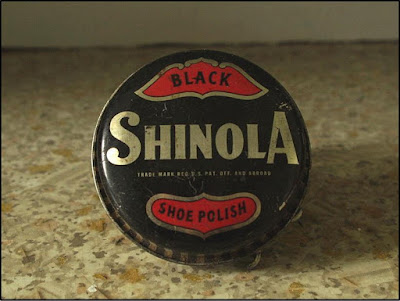 Winegrowers of the time were a hearty breed, they had to be. The manufacture, distribution and sale (including export offshore) of alcohol was illegal. If your livelihood depended on growing some 100 tons of grapes and selling the fermented juice, you were out of business (and so was your labor force), or so the politicians thought.

Now, let us introduce the law of Supply and Demand. (Note: Much like gravity this is a law not subject to political pressure.) Despite a small minority trying to legislate morality on the entire citizenry, the American public sought to exercise their rights as citizens living in a free country. After all, that’s why they were here.

It turns out that many people had unexplained illnesses during those 13 years. In visiting their family physicians, it seemed the most cost effective treatment was the prescription of alcohol, wine in most cases, for medicinal purposes. One thing often leads to another and new upstart health clinics quietly appeared. Called speakeasies, these outpatient clinics provided a wide variety of treatments for whatever may be ailing you. Lead poisoning, while not common, was a serious health risk. The health care industry in this country is a very curious thing. 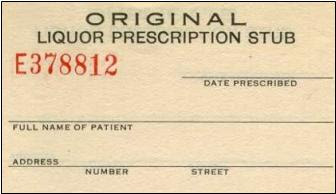 Even today, the debate continues over the health benefits of alcohol, red wine in particular and Pinot Noir specifically, for the high content of Resveratrol. You can learn more about Resveratrol here. Or NASCAR, which is the natural evolution of a rapid delivery system that kept the formularies of the day fully stocked - much to the chagrin of the treasury agents.

We now come to the presidential election of 1932. FDR, as he was known, achieved many things. The most wide sweeping change affected nearly everyone in the United States and for generations to come, including several of our foreign trading partners. Recall, the importation of Canadian, Irish and Scotch whisky was also illegal. As an aside, Ernie’s time in Ireland taught him that the Scot’s never acknowledged Prohibition and they kept the pipeline open.

On December 5th, 1933, the 21st amendment was ratified by the United States Congress. In what may be the most effective and efficient legislation known to this great country, here is Section 1 in its entirety:

“Section 1. The eighteenth article of amendment to the Constitution of the United States is hereby repealed.” 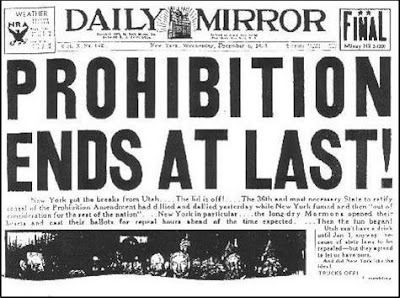 We see here that sweeping changes in legislation, or repeal of them, may be difficult, but certainty not impossible.

As you enjoy the holiday season, please take a moment to reflect on your constitutional right to grow, produce, blend, bottle, sell/purchase and consume wine, especially Pinot Noir!

When the time is right, please enjoy our wines with friends, food and in moderation.